See what our customers have to say:

Tarpomatic ATMs are currently in use at sites in all mainland states of Australia: 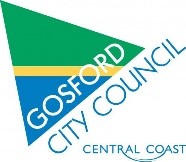